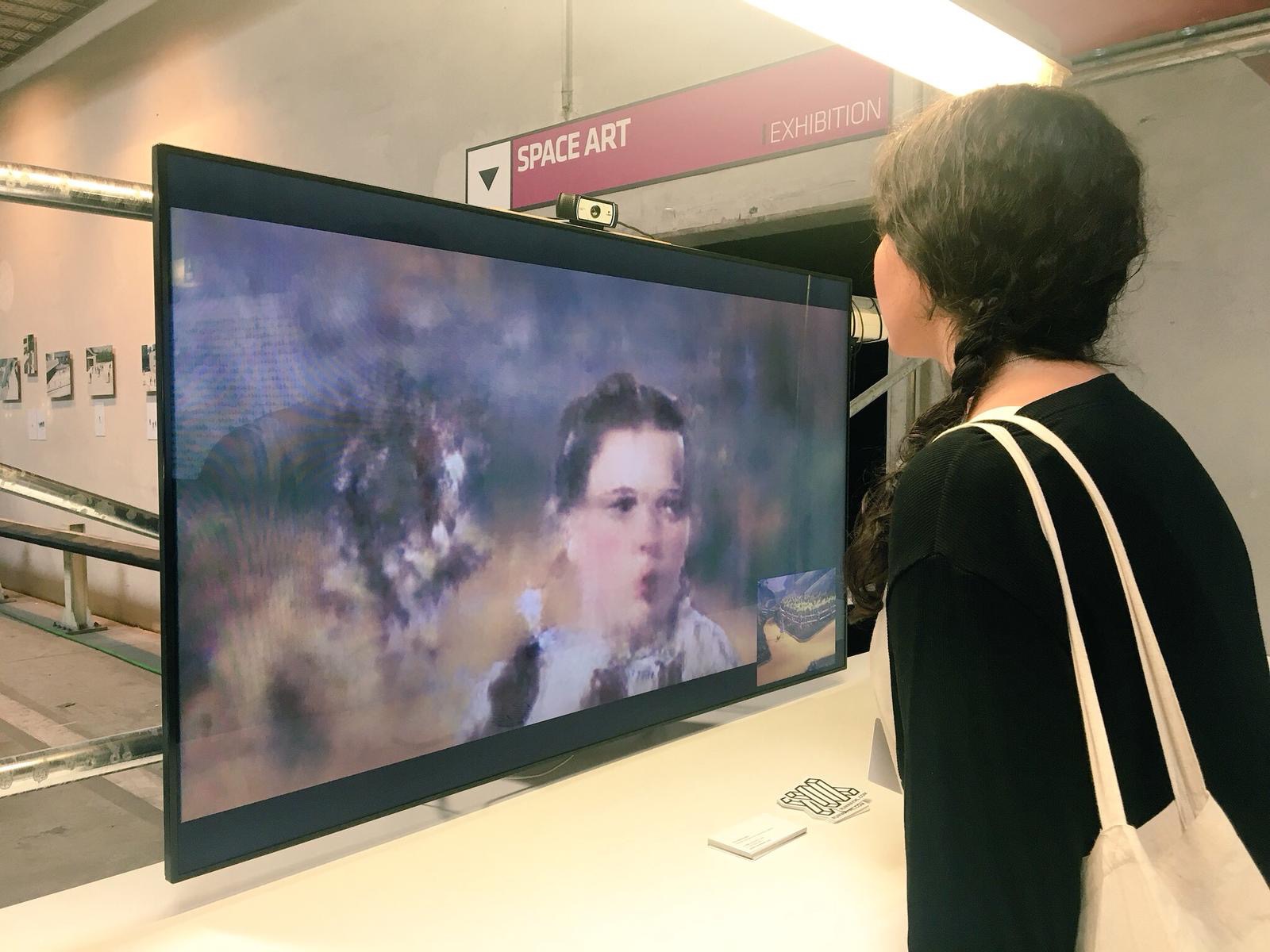 Film Mirror is an interactive installation that allows participants to perform as iconic film characters. Using recent AI research in neural network-based pose detection and image synthesis, the installation maps the bodies of the participants into the bodies of film characters in real time, enabling anyone to creatively re-enact and re-interpret classic film moments. Film Mirror elevates films from static artifacts, finalized at the moment of their release, into dynamic source material that can be used to generate an infinite number of new works.